What Africans need to know about coronavirus outbreak in China

What is the Coronavirus? 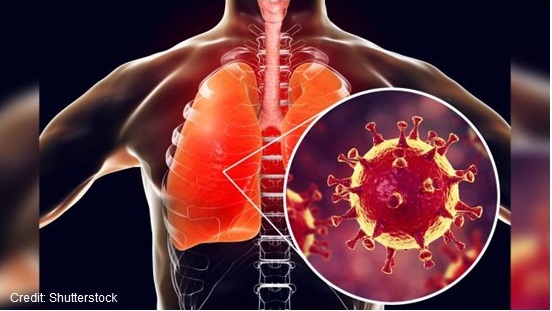 Most people get infected with coronaviruses at one point in their lives, but symptoms are typically mild to moderate. In some cases, the viruses can cause lower-respiratory tract illnesses such as pneumonia and bronchitis. In severe cases it can cause Severe Acute Respiratory Syndrome (SARS), kidney and other organ failures and even death.

Coronaviruses are common amongst animals worldwide, but only a handful of them are known to affect humans.

Where did the virus break out?

The current virus outbreak first popped up and was confirmed (sometime early in January 2020) in people who had visited a local seafood and animal market (called the Huanan seafood market) in Wuhan, China. Wuhan is a city of 11 million people in Hubei province. Officials say it is likely te virus hopped from an animal or animals in the market to humans. 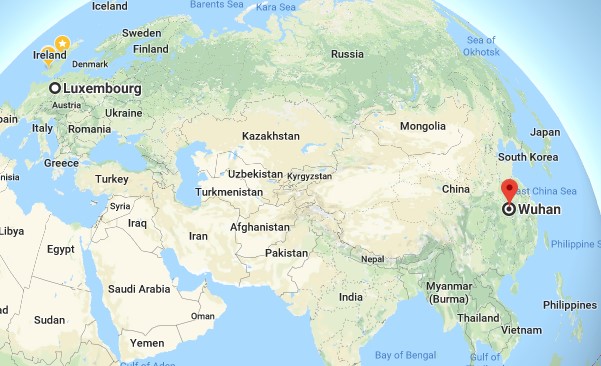 It is not exactly clear how the virus could have hopped from animal to humans in Wuha. Speculations include a path from bats to snakes to humans. There is no reliable scientific evidence in support of this speculation however.

Does the virus and its disease have official names?

Neither the virus nor the disease it causes have official names yet. As recently as Jan. 30, 2020 WHO proposed calling the disease "2019-nCoV acute respiratory disease," and the virus "2019-nCoV." (In these names, the "‘n" stands for novel and "CoV" is for coronavirus.) WHO will need to seek approval for the name from the World Organization for Animal Health (OIE) and Food and Agriculture Organization (FAO). The final decision on the virus' official name will be made by the International Committee on Taxonomy of Viruses.

The WHO discourages naming new viruses after geographic locations, people, species or classes of animals or foods, according to the organization's Best Practices for the Naming of New Human Infectious Diseases. Rather, WHO encourages use of descriptive terms of a disease, such as "respiratory disease" and "neurologic syndrome," as well as "severe" or "progressive." The organization also says that if a pathogen is known, it should be used as part of the disease's name.

Can the virus spread between people?

Yes, the virus is reportedly spreading from person-to-person in many parts of China, and in some other countries. As of January 29, the WHO reported that at least 132 have died in China - most of whom are elderly people, and 6,065 cases have been reported globally. Several reports indicate that the virus has spread to Australia, Cambodia, Canada, France, Germany, Japan, Malaysia, Nepal, Singapore, South Korea, Sri Lanka, Taiwan, Thailand, USA and Vietnam. 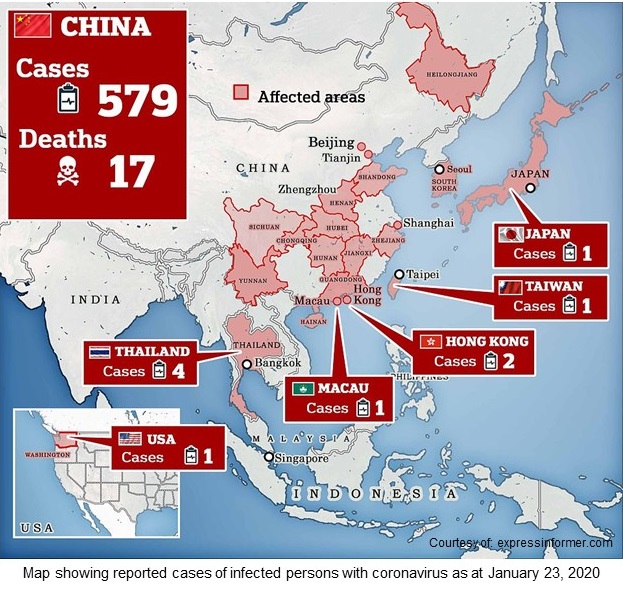 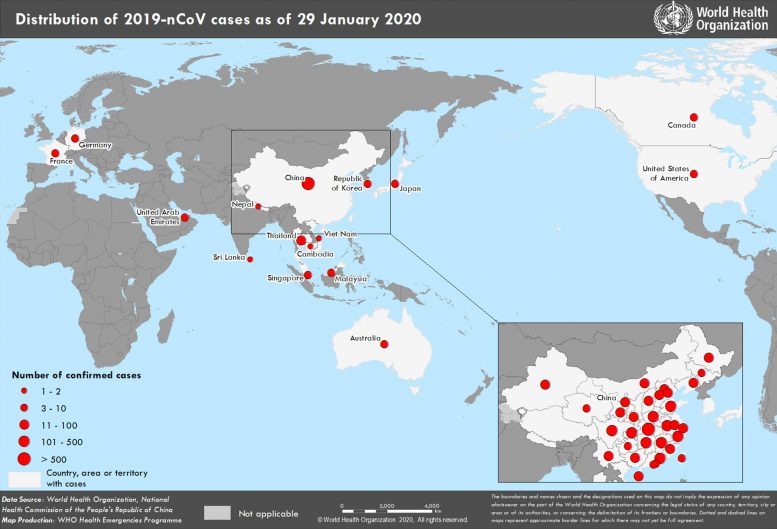 Reports of the spread of the virus to Africa are currently sketchy. However, according to reports, suspected coronavirus cases are been reported in Ivory Coast, Ethiopia and Kenya. All of these cases allegedly involved students reportedly studying in Wuhan University before retunring to Africa.

In terms of how one would catch the virus, experts say that human coronaviruses are most commonly spread between an infected person and others via:

Can this virus cause a pandemic and spread to Africa?

Technically, yes. However, in order for this virus, or any, to lead to a pandemic in humans and spread to Africa, it needs to do three things:

At this time, it is unclear how easily the virus spreads from person to person. However, with the ease of global travel, the risk of spread of the virus to Africa cannot be ruled out.

To determine how easily the virus spreads, scientists will need to calculate what's known as the "basic reproduction number, or R0 (pronounced R-nought.) This is an estimate of the average number of people who catch the virus from a single infected person, A recent study has estimated an R0 value for the new coronavirus to be 2.2, meaning each infected person has been spreading the virus to an average of 2.2 people.

In general, a virus will continue to spread if it has an R value of greater than 1, and so public health measures to stem the outbreak should aim to reduce R0 to less than one.

Any individual's risk of infection "depends on exposure," Itinerant African traders traveling within the Wuhan region in China, healthcare workers who care for infected persons and whoever may have been in close contact with anyone infected with 2019-nCoV, are at increased risk of infection.

On Jan. 30, the World Health Organization (WHO) declared that the new coronavirus outbreak is a public health emergency of international concern. The main reason for the declaration is concern that the virus could spread to countries with weaker health systems, WHO said.

What are the symptoms of the new coronavirus and how do you treat it? 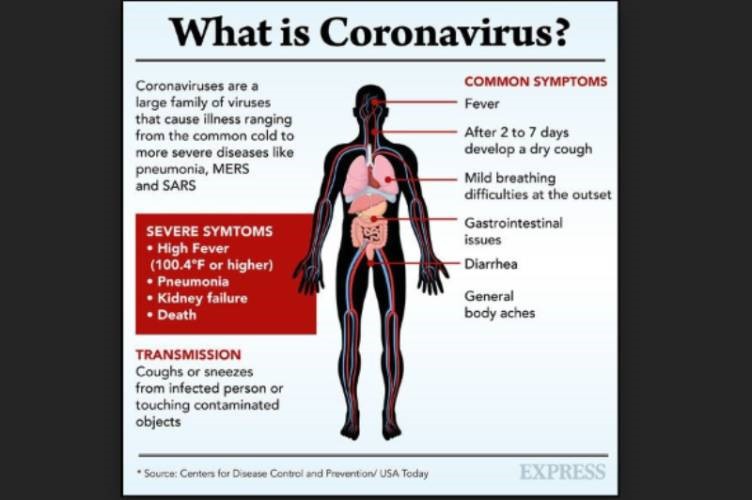 Symptoms of the new coronavirus include

These symptoms may appear as soon as two days or as long as 14 days after exposure. On average people show symptoms about five days after they are infected.

There are no specific treatments for coronavirus infections and most people will recover on their own.

So treatment involves rest and medication to relieve symptoms. A humidifier or hot shower can help to relieve a sore throat and cough. If you are mildly sick, you should drink a lot of fluids and rest but if you are worried about your symptoms, you should see a healthcare provider as soon as possible.

There is no vaccine for the new coronavirus, but there are indications from US researchers that one I in preliminary stages of being developed.

What is being done to stop the spread of the coronavirus?

The Chinese government put Wuhan and many other nearby cities on "lockdown," meaning people are not allowed in or out of the area, according to reports. 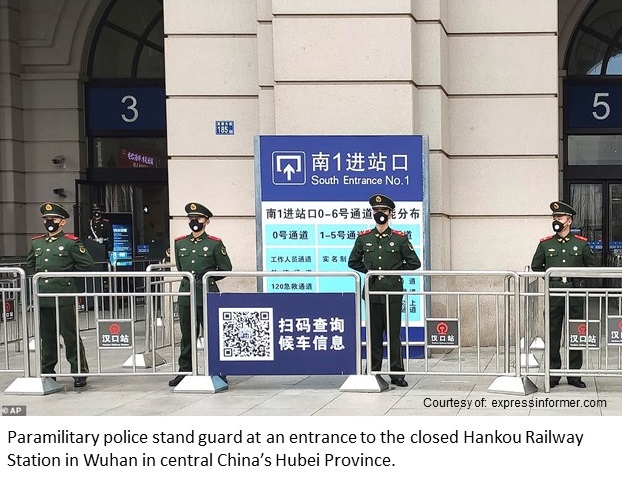 Also, as of Sunday (Jan. 26, 2020), the Chinese government had banned the sale of wildlife in markets, restaurants and online. 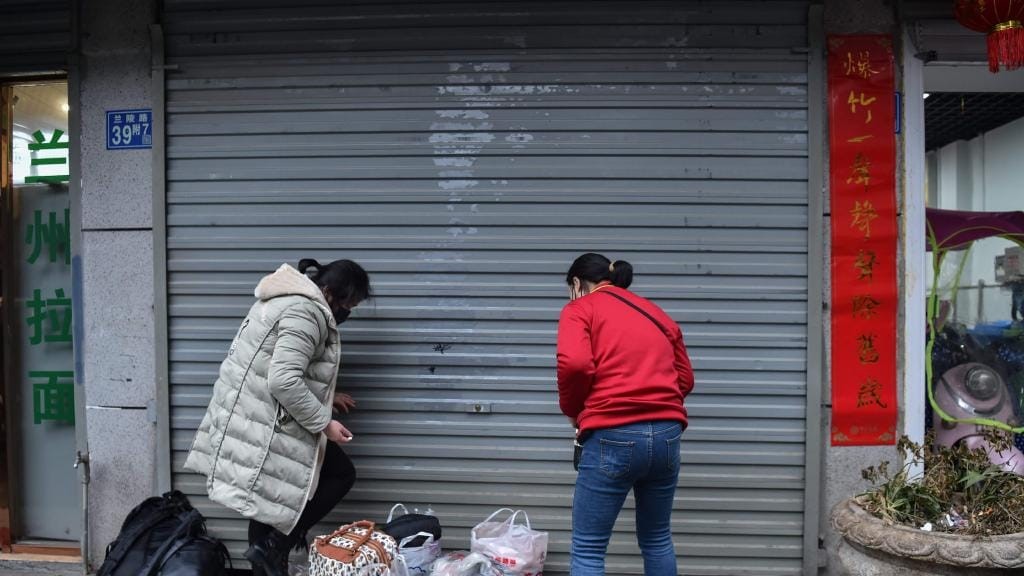 It is opined that "the banning of such sales will help end the possibility of future outbreaks of zoonotic diseases, such as the Wuhan coronavirus."

The governments of neighbouring countries like Russia, Taiwan and Hong Kong have said they would not allow in anyone from the Hubei Province (where Wuhan is located).

Major airports across the world are conducting screenings to try to check for symptoms of the virus. Health authorities globally are recommending to their citizens to avoid all nonessential travel to China.

How can you protect yourself and others?

The best way to prevent infection with 2019-nCoV is to avoid being exposed to the virus.

If you must travel to China,

If you travel to China and became sick with fever, cough or difficulty breathing within the following two weeks, seek medical care right away, and call ahead to inform medical staff about your recent travel.