Taking some common antibiotics during the first trimester of pregnancy was linked with higher risk of birth defects, according to a new study.

The study, published Wednesday in the medical journal BMJ, found an increased risk of birth defects in the children of women who were prescribed macrolides during the first three months of pregnancy compared to mothers who were prescribed penicillin.

Macrolide antibiotics include erythromycin, clarithromycin and azithromycin, and they are used to treat infections, such as pneumonia, bronchitis and urinary, skin and sexually transmitted diseases. They are often prescribed for patients who are allergic to penicillin. According to the study, macrolides are one of the most frequently prescribed antibiotics in Western countries. 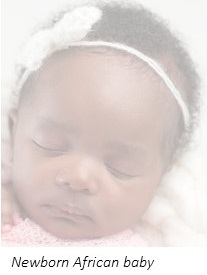 The study analyzed data from 104,605 children born in the United Kingdom between 1990 and 2016 and who were born to mothers prescribed either penicillin or macrolides. Researchers looked for birth defects and neurodevelopmental disorders diagnosed later in life.