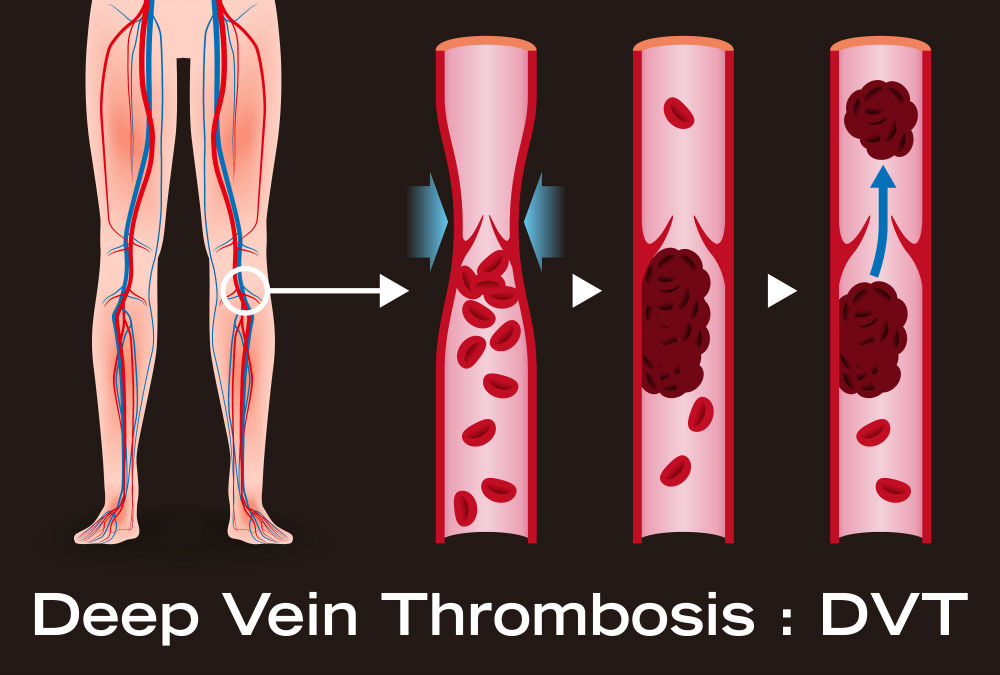 VTE is one of the three major causes of cardiovascular diseases globally. According to a 2017 systematic review of VTE in Africa1, the prevalence of deep vein thrombosis (DVT) varied between 2.4% and 9.6% in postoperative patients, and between 380 and 448 per 100 000 births per year in pregnant and postpartum women.

The prevalence of pulmonary embolism (PE) in medical patients varied between 0.14% and 61.5%, with a mortality rate of PE between 40% and 69.5%. The case?fatality rate after surgery was 60%.

This article will explain the essential of what DVT is, its causes, symptoms, risks and prevention so that you are fully aware of the condition.

What is Deep Vein Thrombosis?

Deep Vein Thrombosis or simply DVT is a condition where the blood clots in veins of the deep parts of your body due to slow blood flow. Generally, these clots are seen in deep veins located near your legs, upper thigh or pelvis. However, it can occur in other parts of the body too.

DVT can be fatal because most people don’t show any symptoms. This is the reason why many people die across the world due to the lack of or no occurrence of the DVT symptoms. For instance, in South Africa, over 200,000 people suffer from DVT yearly and 20,000 die each year2.

Even though the statistics are quite alarming, you can reduce the risk of DVT if you are well-aware of it.

Anything that prevents the blood from flowing freely in vessels of the body or interferes with the clotting process can cause a blood clot. Here are some of the common causes for the blood clotting associated with DVT:

If any injury causes damage to a venous blood vessel, the vessel narrows the wall and prevents the free flow of blood. This will result in the formation of blood clots in the injured vessel.

Blood vessels that are damaged during surgery may result in the blood clot. Also, if you are taking the bed rest with minimal to no movement, it will increase the risk of blood clot formation especially in the lower limbs and pelvis. This can eventually lead to DVT.

If you are in a sitting position and are not moving for a long time, as in driving for a long time or in long haul plane travels for example, the blood collects in the lower parts of your body such as legs. So does long-term bed rest, which may result from a lengthy hospital stay or a medical condition such as paralysis. The improper blood flow in these situations will ultimately cause the blood to clot in the lower extremities.

Illnesses such as Crohn's disease or ulcerative colitis increase the risk of DVT. In South Africa, increased risk of DVT has been reported in HIV/AIDS, tuberculosis patients2, as well as certain cancers.

Using some medicines like birth control pills or hormone replacement therapy increase the risk of developing blood clot in any region of your body.

Being older than 60 increases the risk of DVT. But DVT can occur at any age.

Pregnancy increases the pressure in the veins in the pelvis and legs. The risk of blood clots from pregnancy can continue for up to six weeks after a baby is born. People with an inherited clotting disorder are especially at risk.

Being overweight increases the pressure in the veins in the pelvis and legs.

Smoking affects how blood flows and clots, which can increase the risk of DVT.

Heart failure increases the risk of DVT and pulmonary embolism

A family history of DVT or PE might put you at a higher risk of DVT.

Some people have DNA changes that cause the blood to clot more easily. One example is factor V Leiden. This inherited disorder changes one of the clotting factors in the blood. An inherited disorder on its own might not cause blood clots unless combined with other risk factors.

Symptoms of DVT you may or may not observe

Studies have shown that half of the people with DVT may not show any symptoms. There are certain cases where the person is diagnosed with DVT in the autopsy report.

Some common symptoms of DVT include:

These are the symptoms that people have in the early stages of DVT. Some people with late stage DVT may show other symptoms like:

This is the critical state where blood clot (thrombus) dislodges from wherever it is formed and travels to reach the lungs to block or narrow lung vessels thereby restricting blood flow to the lung and leading to a life-threatening condition.

The symptoms and signs of PE include:

Any person with PE must be given immediate emergency care as soon as possible.

If the blood clot is not allowing the heart to pump blood freely, then it results in heart failure, which also needs immediate emergency care.

Blood thinners are the standard of care in the treatment of DVT. Bleeding (hemorrhage) is a worrisome side effect of blood thinners. It's important to have regular blood tests for clotting dysfunction while taking blood-thinning drugs.

How to prevent DVT?

The best ways to prevent DVT include:

If sitting for long periods, then do the following:

To diagnose DVT, your health care provider will ask questions about your symptoms and perform a full or focused physical examination which will include checking your legs for swelling, tenderness or changes in skin color.

Your provider may also request for certain diagnostic test. The type and nature of these tests will depend on whether your provider thinks you are at a low or a high risk for DVT.

Tests used to diagnose or rule out DVT include:

D dimer is a type of protein produced by blood clots. Almost all people with severe DVT have increased blood levels of D dimer. This test often can help rule out PE.

This noninvasive test uses sound waves to create pictures of how blood flows through the veins. It's the standard test for diagnosing DVT. For the test, a skilled personnel gently moves a small hand-held device (transducer) on the skin over the body area being studied. Additional ultrasounds may be done over several days to check for new blood clots or to see if an existing one is growing.

This test uses X-rays and dye to create a picture of the veins in the legs and feet. The dye is injected into a large vein in the foot or ankle. It helps blood vessels show up more clearly on X-rays. The test is invasive, so it's rarely done. Other tests, such as ultrasound, often are done first.

This test may be done to diagnose DVT in veins of the belly (abdomen).

To treatment of DVT include medical and non-medical approaches that are targeted to achieve these three main goals:

Medical treatment options for DVT include:

These medicines, also called anticoagulants, help to achieve two of the three main goals of treatment of DVT, i.e., prevent blood clots from getting bigger and reduce the risk of developing more clots.

Blood thinners are prescribed to be taken by mouth or given by intravenous injection (IV) or an injection under the skin. There are many different types of blood-thinning drugs used to treat DVT. Together, you and your doctor should discuss their benefits and risks to determine the best one for you.

You may need to take blood thinner pills for three months or longer. It's important to take them exactly as prescribed to prevent serious side effects.

Regrettably, and for various reasons that include cost, access to care and availability of medications at point of need, only a small percentage of African patients with DVT have access to blood thinners and prophylaxis.

For those prescribed and using blood thinners, regular blood tests to monitor levels of the medication like warfarin in the body is required.

Certain blood-thinning medications are not safe to take during pregnancy.

These drugs are used to achieve one of the three goals of DVT treatment, i.e., prevent any formed clot from getting bigger. These medications are used for more-serious types of DVT or PE, or if other medications aren't working.

Clot busters are given by IV or through a tube (catheter) placed directly into the clot. They can cause serious bleeding, so they're usually only used for people with severe blood clots.

These are used to achieve one of the three goals of DVT treatment, i.e., prevent any formed clot that breaks loose form the legs from reaching the lungs.

If you can't take medicines to thin your blood, a filter may be placed by a special doctor into a large vein (the vena cava) in your belly (abdomen). A vena cava filter prevents clots that break loose from lodging in the lungs.

Non-medical treatment options for DVT include:

These special knee socks help prevent blood from pooling in the legs. They help reduce leg swelling. They are recommended to be worn on your legs from your feet to about the level of your knees. For DVT, you will typically wear these stockings during the day for a few years, if possible.

If you've been on bed rest because of surgery or other reasons, the sooner you get moving, the lower the chance that blood clots will develop.

Modern-day living and jobs may involve exposure to trauma and a lot of sitting in one place for longer periods. This will not only increase the chances of DVT but other heart-related issues as well. Hence, it is your responsibility to make sure that you keep your body active and abide by some of the simple but effective advice offered in this article to reduce any chance of you having DVT in the future. 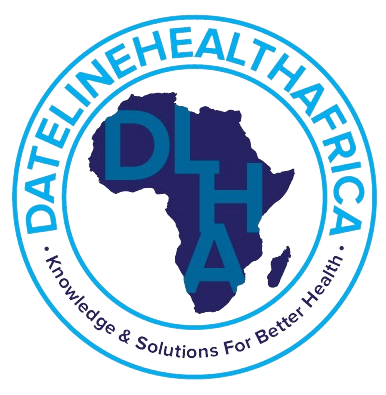