No age or gender is immune from mental illness. It can begin at any age, from childhood through later adult years, but most cases begin earlier in life. Men and women are not equally affected by the different types of mental illnesses. For example, worldwide, anxiety disorders and depression are more common in women than in men, while psychotic disorders are more common in men than in women.

Mental health is paramount for living a wholesome lifestyle

Mental Health is a combination of our cognitive, behavioral and emotional wellbeing. It impacts our decision-making skills and the way we handle stress and cope with other hardships of life.

So, to keep yourself mentally fit and achieve a wholesome lifestyle, you must maintain a mental health balance. Negligence in keeping your mental wellbeing intact can have a significant impact on your overall health.

Before we discuss common causes of mental illness and few of the early warning signs that should raise mental health concerns, you should understand some of the risk factors that may be associated with mental illness in an individual.

"Mental Health is a combination of our cognitive, behavioral and emotional wellbeing. It impacts our decision-making skills and the way we handle stress and cope with other hardships of life."

Concerning early signs and symptoms to look out for

Mental illness signs and symptoms are generally reflections of dysfunction in affect, memory, thoughts and behaviors.

Examples of signs and symptoms of mental illness

Expression of feelings of sadness and lack of interest is an early warning symptom and sign of mental illness.

You would start experiencing random mood swings, a sudden outburst of emotions without a valid reason and other behavioral changes in your emotional state.

Over dwelling on fears, worries and expression of guilt is an important hallmark of mental illness.

You may express feelings of tiredness and low energy and not engage in any activities.

You would keep away from all social interactions possible; be it in the form of parties, or meeting with friends. You will also start losing interest in all daily activities and would prefer keeping to yourself.

People who suffer from mental illness demonstrate oftentimes abrupt change in their eating and sleeping habits. Their sleeping pattern may become irregular, excessive or not enough. They may also lose their appetite or start binge-eating.

Having the right mental status is essential to allow your brain to process everything correctly. However, if you suffer from mental problems, you may notice a considerable downfall in your logical thinking and concentration power, severity of which can also lead to other psychological after effects.

This is an important sign to look out for. People with mental illness may often talk of harming themselves or others and may indeed have or make plans for carrying such acts out.

Excessive suspicion (paranoia), expression of hearing unreal voices or seeing unreal objects (hallucinations) and detachment from reality are observed in some mental illnesses.

You may feel overwhelmed with minor stress and demonstrate little interest in addressing problems that come up in everyday life.

Not infrequently, mental illness may present with early anger management issues with demonstration of hostility, or sometimes anger.

Some people with mental illness may frequently complain and/or dwell on physical complaints like stomach or back pains, headaches, multiple body aches and pains and other unexplained medical symptoms.

When to seek medical attention 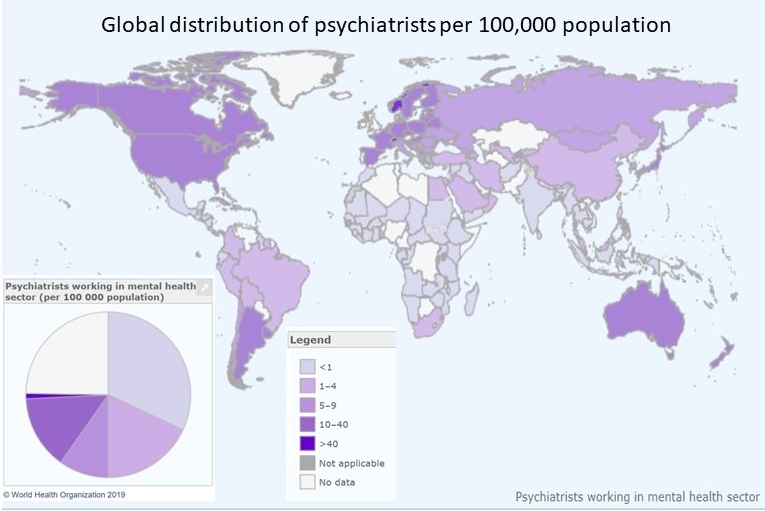 In light of the above, it is not uncommon for mental health patients in Africa to seek care from traditional healers or religious institutions. Care received in these situations are often primitive, sometimes inhumane, and most often counterproductive.

There is absolutely no substitute to seeing a well-trained doctor or psychiatrist in the treatment of mental illness.

If you have any of the signs or symptoms of a mental illness described above or see them in any loved one, see your doctor or a psychiatrist as soon as possible. Note that mental illnesses like other physical illnesses do not improve on their own. Indeed left untreated, a mental illness may get worse over time and cause other serious problems including the risk of death.

Mental illness is not uncommon. It is very important to be knowledgeable in early identification of the common early signs and symptoms of the disorder, since early access to orthodox treatment produces the best desirable outcome.