MANILA (Reuters) - The Philippines on Sunday announced its first fatality from the new coronavirus outbreak, a Chinese man from Wuhan, the first known person to have died outside of China. 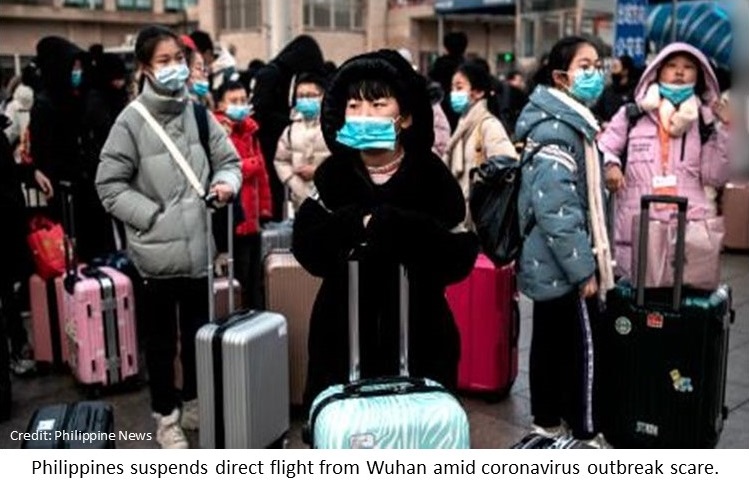 The Department of Health said there were now two confirmed infections in the Philippines, including the 44-year-old Chinese man, who died on Feb. 1

The man developed severe pneumonia after being admitted to the hospital, the department said.

The death is the first known instance of a person dying of the virus outside China, according to the World Health Organization.

Philippine health officials on Jan. 30 confirmed the first case of the new coronavirus in the country.

The health department’s announcement followed a move by the Philippine government to expand its travel ban amid the outbreak to include all foreigners coming from China. It earlier had restricted only those from the Chinese province of Hubei, the epicenter of a new coronavirus outbreak.

WHO: Virus is an emergency in China, not yet global