Overview: What is Public health?

The Center for Disease Control and Prevention (CDC) – the agency charged by the US government to protect the health of Americans, defines public health as “the science of protecting and improving the health of people and their communities".1 Those served by public health can be as small as a local neighborhood, or as big as an entire country or region of the world.

Services included in public health are, the promotion of healthy lifestyles, researching disease and injury prevention, and detecting, preventing and responding to infectious diseases.1

Overall, the administration of public health commonly falls under the directive and control of governments worldwide.

Whereas in high income countries generally, public health standards and practices are high and well entrenched, many low income countries especially in Africa still have numerous challenges that plague their public health system. Indeed, “The African Regional Health Report –The health of the people. What works” published in 2014 by the WHO, identifies the existing state of health affairs in the African continent as a ‘public health crisis’.2

The health crisis gets compounded by other major factors which include:

Other additional factors inhibiting the development of public health in many African countries include, underdevelopment, intra-national and cross border conflicts, poor infrastructure, and weak or ill-managed government institutions. 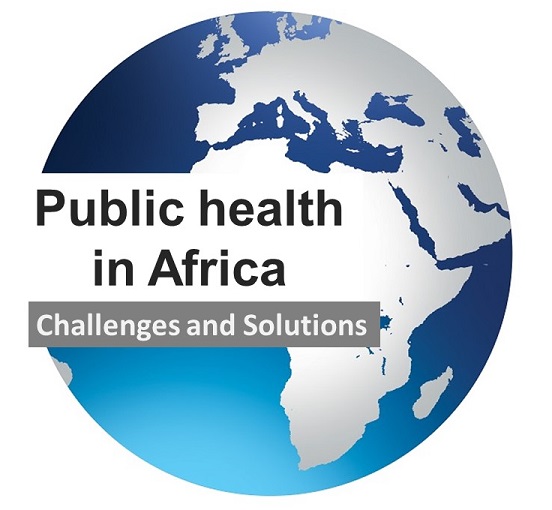 The highest communicable disease threats of Africa include:

HIV: HIV stands for Human Immunodeficiency Virus, The virus attacks and breaks down certain cells that help defend the body against illnesses. HIV is spread when blood, semen, or vaginal fluids from an infected person enter another person's body, usually through sexual contact, or from sharing needles when injecting drugs, or from mother to baby during birth.

Fever, tiredness, headache, nausea, vomiting and diarrhea, achy joints and muscles, swollen lymph glands, sore throat and dry cough, night sweats are some of the early signs and symptoms of the disease.

What works: The incidence of HIV in many African countries has witnessed sharp reduction where HIV prevention strategies have been scaled up to change behaviours. Improvements in access to antiretroviral medicines, enhanced by the use of standardized and simplified treatment protocols in decentralized service delivery models, contributed in no small ways to the downward trend in this HIV incidence. However relatively high HIV burden remain a public health challenge in few African countries like South Africa. In addition, lack of local ownership of antiretroviral medicines production remains a challenge.

Tuberculosis: Although tuberculosis (Tb) still remains a significant public health challenge in many countries of Africa, its incidence is also on the downward trend due to successful control measures and intervention strategies implemented in the continent.

What works: A key intervention strategy in Tb prevention, treatment  and control is the Directly Observed Treatment, Short Course (DOTS) that encompasses a basic package of improved diagnosis and detection, better access to relatively cheap first line drugs taken under direct supervision as well as better access to HIV testing and treatment for Tb patient. Challenges still remain for the complete eradication of tuberculosis in Africa.

Malaria: Malaria remains a life-threatening disease. It is caused by parasites that are transmitted to people through the bites of infected female Anopheles mosquitoes. It is preventable and curable.

African countries bear the highest burden of malaria globally. According to the WHO, in 2015, 88% of global cases and 90% of global deaths from malaria occurred in Africa. Between 2000 and 2015, reported malaria cases declined by 42% while the malaria death rate declined by 66% in the African Region.3

What works: This reduction has been facilitated by such public health measures like the wide availability and promotion of the use of insecticide-treated nets, diagnosis-based treatment with better anti-malaria artemisinin-based combination therapy, engagement of communities in malaria control, and strengthening capacity in vector control for malaria. Vaccine for malaria is being trialed as an additional tool for malaria control in Africa.3

Despite these laudable efforts, malaria remains a major cause of deaths and disability within Africa especially in children under five years old, and more remains to be done towards the elimination and or the eradication malaria in the continent.

The rate of malaria eradication progress in any one country within Africa will depend on the strength of the country’s national health system, the level of funding support for malaria control, and such other factors, including: biological, environmental, and the social, demographic, political, and economic realities of the country.

The highest non-communicable disease threats of Africa include:

Non-communicable diseases are chronic, of long duration and slowly progressive. According to the WHO, non-communicable diseases (NCDs) represent the leading cause of death globally. NCDs were responsible for 40 million (70%) of the world's 56 million deaths, with 27% (15 million) dying prematurely (between the ages of 30 and 70). Over 80% of these premature deaths occurred in low- and middle-income.4

In some African countries, NCDs cause over 50% of all reported adult deaths. The implication of this is that NCDs will become a leading cause of ill health, disability and premature death throughout Africa with consequent impact on socioeconomic development in the region.

The risk factors for major NCDs are:

These risk factors are driven by social and economic determinants like poverty, globalization, trade, education, urbanization, climate change, employment conditions and gender disparities among others. These determinants exist outside the domain of the health sector and pose tremendous challenges for intervention activities directed at addressing these NCDs.

The most important CVDs are:

Some contributory factors to the increased cardiovascular diseases (‎CVDs)‎ profile in Africa include:

What works: Public health interventions activities that needs to be directed at reducing the burden of CVDs in Africa must include:

Cancers: The WHO reports that the burden of cancer in Africa has been increasing over the past few decades. In 2012 alone, more than two thirds of the 8 million yearly cancer related deaths worldwide occurred in low- and middle- income countries like in Africa.6

Common cancers in the Africa include:

What works: Many lives will be saved if efforts are made to raise public awareness on the early signs and symptoms of common cancers in Africa. In addition people should be motivated to adopt healthy lifestyles that reduce the risk of cancers.

Diabetes: This is a disorder that causes unregulated increase in blood sugar level. It occurs when an organ in the abdomen, called the pancreas, does not produce enough insulin – a hormone that regulates blood sugar level, or when the body cannot effectively use the insulin it produces.

Recent studies from Africa indicate that up to 15% of adults aged 25 to 64 have diabetes.7 Since diabetes is often a silent condition, a significant number of people are unaware that they have the disease and therefore go undiagnosed.

Diabetes in Africa is a serious, chronic and costly disease that is estimated to rise to 23.9 million cases by 2030 when it will be the 7th leading cause of death . Diabetes risk factors include physical inactivity, overweight and obesity, tobacco use and consuming foodstuffs that are high in bad fats and calories.7

The main symptoms of diabetes include increased thirst, needing to urinate more often than usual, and increased hunger. There are three different types of diabetes called type 1, type 2 and gestational diabetes. 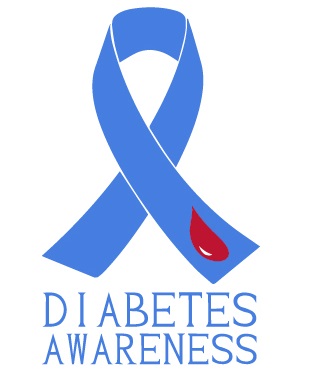 What works: Diabetes is a major cause of disability and life-threatening complications. Since it is a treatable disease, strong efforts should be put into raising public health awareness for screening for the disease towards the early identification and treatment of sufferers; promotion of a healthy diet, engagement in regular physical activity, maintenance of a normal body weight and avoiding tobacco use. In addition, early diagnosis and cost subsidy to increase access to diabetes medication will help lower the burden of diabetes within African societies.

The primary cause of COPD is tobacco smoke.

The symptoms of COPD include breathlessness, abnormal amounts of mucus in the airways, and a chronic cough. Daily activities such as walking or exercising can become very difficult as the condition gradually worsens.

With asthma, there is inflammation that narrows the airways that carry oxygen to the lungs. This results in such asthma symptoms as coughing, wheezing and chest tightness. Asthma is increasing throughout Africa, especially among children.

The major risk factors for chronic respiratory diseases include tobacco smoke and other forms of indoor air pollution such as silica dust, allergens, household chemicals and outdoor pollution especially from vehicular smoke and bush burning. There is strong evidence associating CRDs with living near roads with heavy traffic.8

What works: More needs to be done from a public health perspective to bring down the incidence of chronic respiratory disorders down in Africa. Needed efforts should include:

Questions that need to be addressed 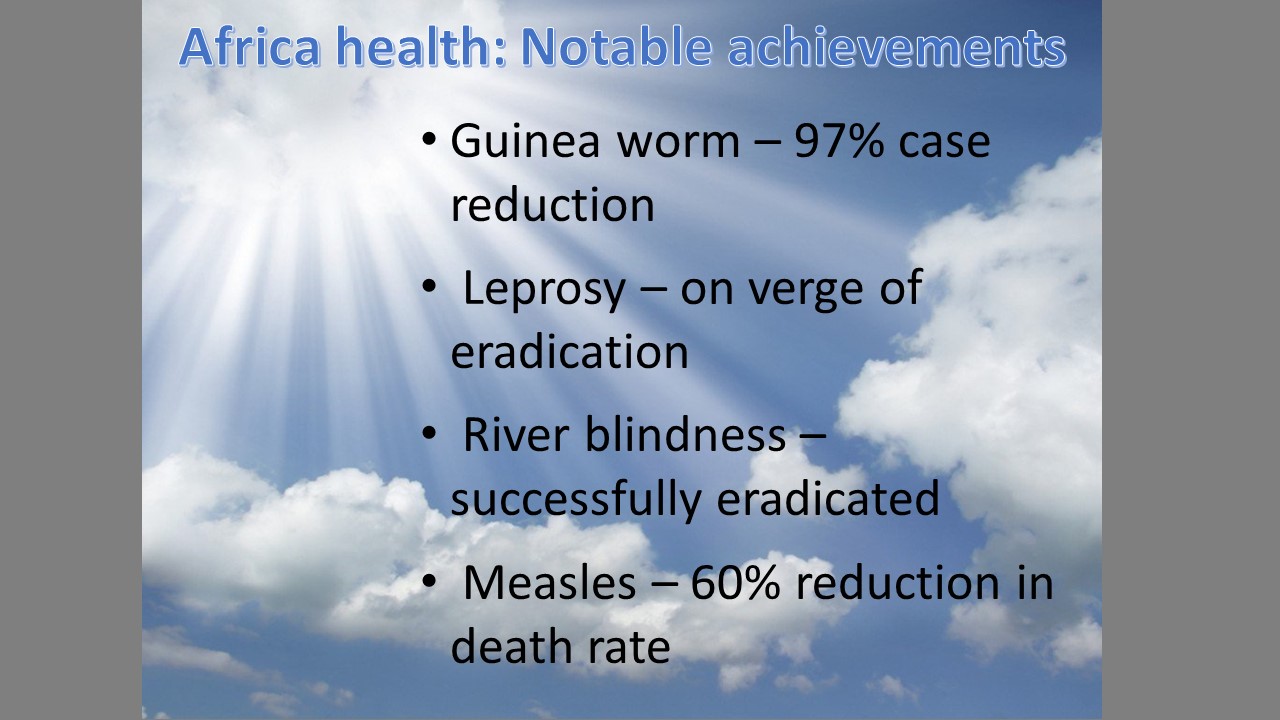 Amid the shocking public health statistics in Africa, there remains ample room for hope. While many communicable diseases have witnessed marked reduction in Africa, some are on the verge of eradication or elimination. For example,

Above mentioned success stories point towards the laudable progress that many Africa countries have made so far concerning their respective public health system. Whether African nations will be able to sustain these efforts and build on them will depend on:

As regards the country ownership, it is important to ensure that health remains at the top of national priorities.

As far as leadership engagement and support is concerned, leaders at all levels of governance must be enlightened to see and address public health matters as a national security issue and therefore commit utmost national resources and attention to resolving essential challenges.

If the wheel is not to be simply reinvented, public health managers in Africa must be open to collaborate with international and bilateral actors for purposes of experience sharing and knowledge and skills acquisition in what has worked in other domains to solve similar public health problems within the region.

1. The Center for Disease Control and Prevention: What is Public health?

2. World Health Organisation (2014): The African Regional Health Report - The health of the people. What works.