A discharged patient has stated that the coronavirus pandemic in Nigeria is a scam.

The Vanguard Newspaper in Nigeria has reported that a recently discharged woman kept in an isolation centre in Delta State, after testing positive for COVID-19 virus, has alleged that the ailment is a scam in the country.

The patient, a female aged 36, was reported positive for the virus on April 17 despite her assertions that she is negative for the virus and was subsequently taken to the COVID-19 Isolation/Treatment Center in Warri where she was kept for 17 days until her discharge. 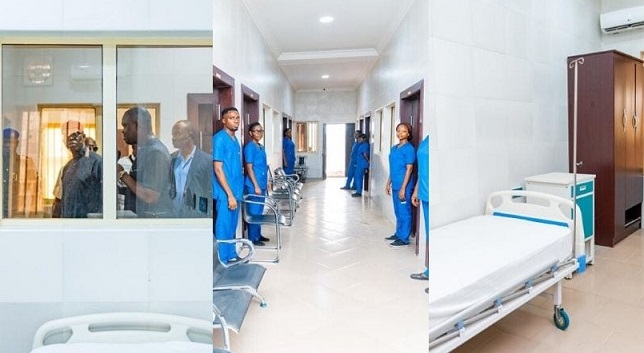 Following her discharge after reportedly testing negative for the virus, the patient spoke with journalists, saying that she never received or saw her results indicating her status of the disease which she claimed is a scam.

“It was an audio result that I got. They called me to tell me that I was positive but did not give me any result. Before I was taken there I already said the virus is not in this country. We cannot curb its spread if it is in this nation. The disease may be in the western world, but not here. Keeping me there (Isolation Center) was against my wish, she said

Continuing with her viewpoint, the woman said; “The markets are crowded; if it is here more people would have been affected. The banks are also crowded. It’s a scam in this nation. I am a witness. I have been there. I may have stayed at the isolation centre, but I do not see myself as a COVID-19 patient.”

“My friend who was with me before I was admitted is living his normal life. He is fine. His test was negative. How about my family at home? When I was sick my mother was the one bathing me and even slept in the same room with me many times. She is almost 70 and still living her normal life. Imagine the close contact she had with me."

The woman’s denial of the disease may in part be a factor of the distrust by citizens in their public health leaders when public messaging and actions concerning the impact and control of the COVID-19 disease, appear to have a scare-mongering ring rather than a relatable people-centred concern.